Motorcycle Crash Statistics In 2015 At A Glance 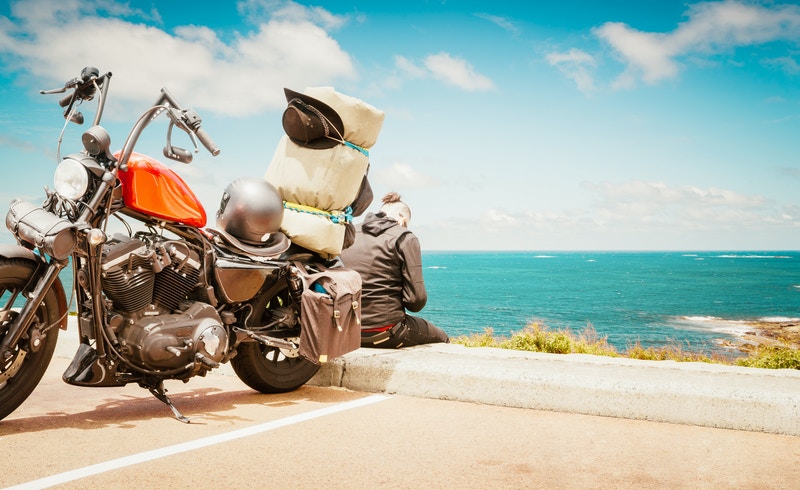 Most Americans spend so much time on the road it becomes second nature. Driving, especially in rush-hour traffic can feel like a chore. It’s not until you pass a terrible accident on the side of the road that you remember just how deadly getting behind the wheel really is.

When people slow down to stare at an accident, we call it rubbernecking. And many a driver has complained once they realize that a case of rubbernecking caused the stop-and-go traffic making them late for work. But a short delay is a small price to pay for a healthy reminder of the dangers you face every time you start your car and pull onto the road.

And unfortunately, it’s even more dangerous for motorcyclists.

According to the National Highway Traffic Safety Administration, the fatality rate per registered vehicle for motorcyclists was six times that of cars in 2012. And per mile traveled, motorcyclists are more than 26 times more likely to be killed in an accident.

What are the main causes of motorcycle crashes?

The most common causes of motorcycle crashes are bad weather, speeding, and increasingly, texting drivers (13% of teen drivers admitted to texting at the time of a crash). When it comes to fatal accidents, the NHTSA says that in 2012, more than 10,000 U.S. lives were lost because of speed-related accidents, and 2,000 died because of drivers running red lights.

If you’re looking for good news, the drunk driving rate has been steadily falling for years. But according to motorcycle accident lawyers, the rate of drugged driving is on the increase, especially in Colorado, which recently legalized marijuana.

Marijuana-related accidents are believed to be on the rise, although official motorcycle crash statistics are not yet available. Although until the data is released, any biker who has been the victim of a drugged driver is advised to contact a motorcycle accident lawyer.

Interesting Fact: The NHTSA estimates that more than 10 million crashes go unreported each year. More like this article.